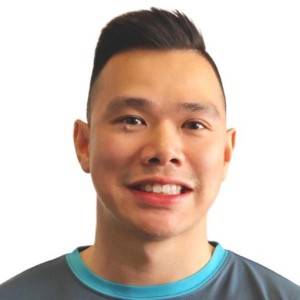 What is Core Stability? It’s more than just your 6 pack muscles!

Example on How the Core Works Thru Guy Wires

The classic example of how the core works is a system of guy wires. If you imagine the spine to be a free-standing structure like a pole, the muscles are the guy wires that attach to the pole to support the pole. The guy wires help to prevent unexpected and excessive movement to the pole by creating tension. If one of the guy wires is slack or is missing, then the other wires will increase in tension. Also, if there is insufficient tension and there is an excessive load to the pole (strong winds), then the structural integrity of the pole may be compromised.

As mentioned earlier, the muscles around the spine coordinate and work together to stabilise the spine during different activities. Here are some of the muscles at work.

The deepest muscles of the spine like the Multifidus and Intertranversii contribute by relaying information to the brain about the changes in position, load and demands to initiate the appropriate stabilization response. This can be trained through proprioception exercises.

The outer muscles such as the Spinal Erectors, Quadratus Lumborum (QL), Transverse abdominis (TA), External and Internal Obliques, and Rectus Abdominis work to control flexion, extension, lateral flexion and rotation of the spine. They all play a key role in stabilizing the spine.

The Latissimus Dorsi muscles attach to the thoracolumbar fascia to provide additional stabilization of the spine from the top down.

The Iliopsoas attaches the spine and also provides stability in the spine. The gluteal muscles provide pelvic stability and also co-contracts with the iliopsoas, and the pelvic floor muscles to provide additional lumbar spine and pelvis stability.

Why does this matter? If there is a weak link in the chain, certain muscles will become overloaded. Also, if the large outer muscles don’t coordinate well, then the body will be floppy then the body will try to find whatever muscle it can to stabilize the spine. If the anterior abdominal muscles aren’t playing a role, then the spinal erectors, QLs and hip flexors can be overloaded. A floppy spine also means that there will be poor force transfer from the lower body and upper body, which will affect performance and force output.

An example would be a heavy deadlift. If the muscles aren’t able to coordinate to hold the spine in the neutral range when under ah eavy load, then the spine will move into end range flexion and rely on the intervertebral discs to hold it in place. Over time, the intervertebral disc will become overstressed and can lead to inflammation or herniation.

Another example would be a gymnast that relies on repeated hyperextension, that does not have sufficient active stability to control that position will constantly stress the facet joints. This can lead to a stress fracture over time.

Here are some examples of exercises to start building core stability. The idea of these exercises is to brace at your pelvis and spine in place, and try to move to these positions with minimal movement from the pelvis and spine. You should feel the some of the muscles mentioned above working. The first 3 exercises are from the Stuart McGill’s Big 3 exercises.

The idea is the aim to do 3 sets of 5 repetitions with 10 second holds each. If 5 repetitions is too difficult, then you can start with 3 sets of 2 repetitions and work your way up. Practice some deep breathing while you’re holding these positions to improve control!

To progress, add more reps, a longer hold, or progress to a more difficult variation.

The goal of these exercises is to improve strength, endurance and coordination of the active stability muscles.

These exercises are also a great addition to your warmup to activate those muscles so you can better recruit them during your main exercises.

The benefits of having a strong and well coordinated core musculature will lead to improvements in all areas of movement. Some of these benefits are that they build a more resilient lower back to keep you training and moving for longer, improves your force transfer from lower limb to upper limb for bigger lifts and heavier hits, and can help reduce lower back pain by redistributing the load off of the passive structures.

Contact us to see how we can help you find your weak links, and reduce your lower back pain and improve your sport performance!

McGill, S. (2015). Back mechanic: The secrets to a healthy spine your doctor isn’t telling you : the step-by-step McGill method to fix back pain. Gravenhurst, Ontario, Canada: Backfitpro Inc..

Meet Lift Clinic - a team of Vancouver Physiotherapy, Chiropractic and RMT Massage Therapy practitioners who believe in strength and movement for life.

Have pain or movement goals?

Lift Clinic is located in East Vancouver on Kingsway and Kind Edward Ave, near Knight Street. Our team of Vancouver physiotherapists, chiropractors and massage therapists is ready to help you reach your goals as efficiently as possible! Click “Book Now” below to get started, or “Contact Us” if you have any questions or would like to speak directly to a Vancouver physio, chiro or RMT about your situation before you book.

ACL Pre-operative Vancouver Physiotherapy: Do you need it? 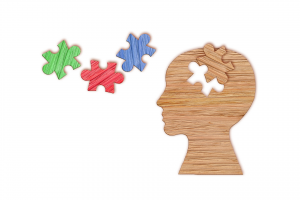 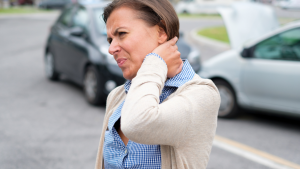 Have You Been Involved in a Car Accident in Vancouver? Here’s How Lift Clinic Can Help!